Open The Grass, and Bring Back The Dogs! 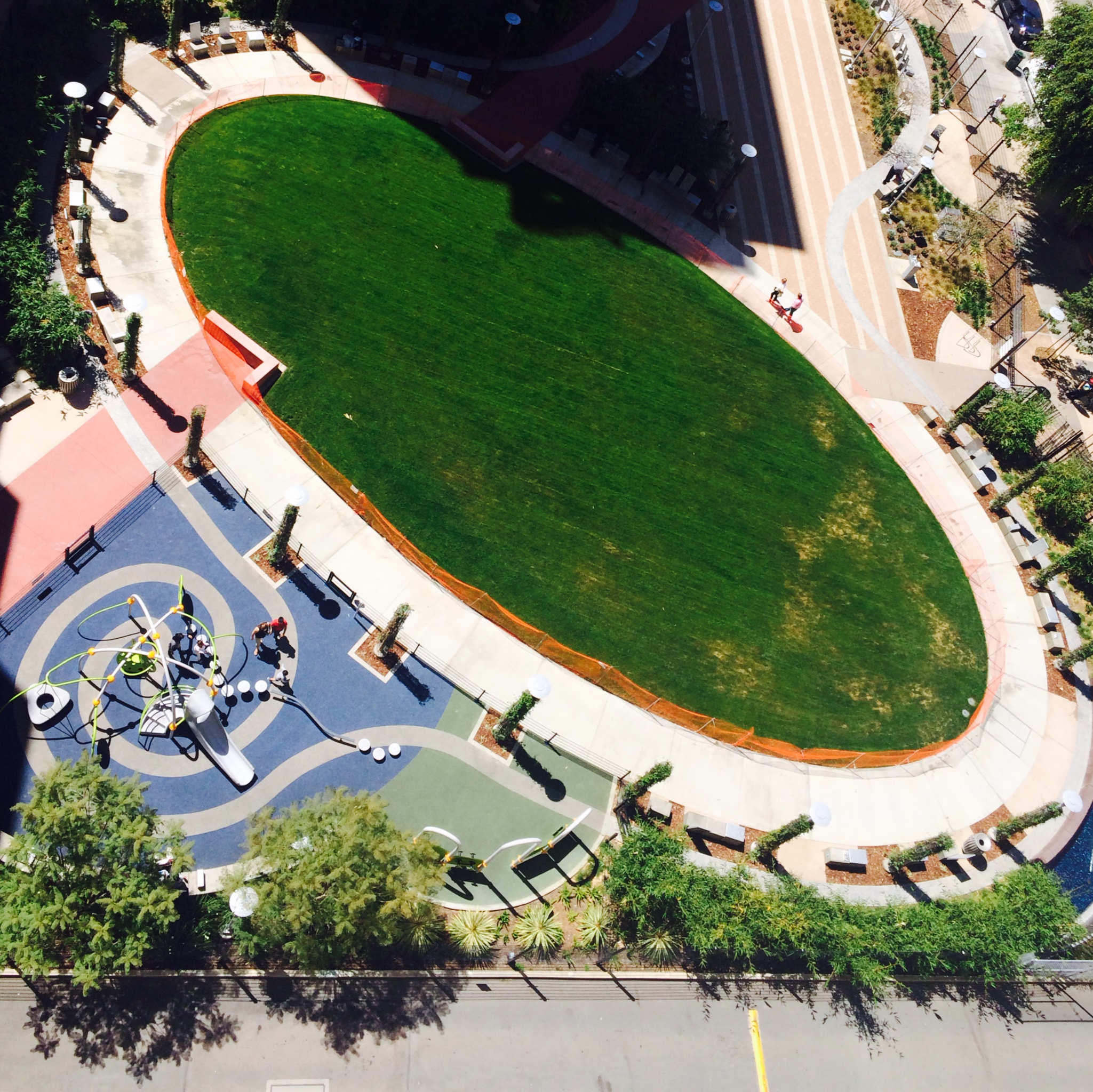 The dream of a local community meeting place was realized shortly after the opening of Spring Street Park last year. It was by the many dog owners in the neighborhood who met each other as their dogs played and peed on the Great Lawn. I was one of the people aggravated by the lack of respect for the amount of work it took to get the park constructed, as careless owners let their dogs kill the lawn and run off leash.

However, after the lawn had pretty much died, a fence was constructed around it for re-seeding and growing. That fence has remained around the lawn for months. In the mean time, the population in the park has shifted dramatically. From loft dwellers with their dogs, meeting and laughing, to homeless people looking for a quiet place to sit when they get woken up and moved early in the morning, and the drug dealers that prey on them. I've seen people shooting up, shitting in the bushes, random sex and even a death.

It seems that the LAPD policy of "eyes on the street", really is a thing, and it really does work. The act of building community, even if it was at the expense of the grass, and altercations with some idiots, was actually the very thing making Spring Street Park a valuable part of the neighborhood.

Last, but certainly not least, is the fact that after looking great for a few months, the grass has once again started to die. This can't be blamed on dogs or their owners, because they haven't been allowed on the grass. So if it's gonna perish anyway, lets open back up the Great Lawn at Spring Street Park and get back to building a community in this amazing neighborhood.